Get your FREE, Quick-Start Guide and be on your way to meaningful work you love!

Excited to be over at Mamapedia today!

I’m excited to be featured over at MAMAPEDIA VOICES today – a great site for moms!

My daughter started the summer by writing a bucket list of all the things she wants to do.

I don’t know where she got the idea, or how she even learned about bucket lists, but she spent over two hours writing it and coloring it, then proudly taped it on her wall. 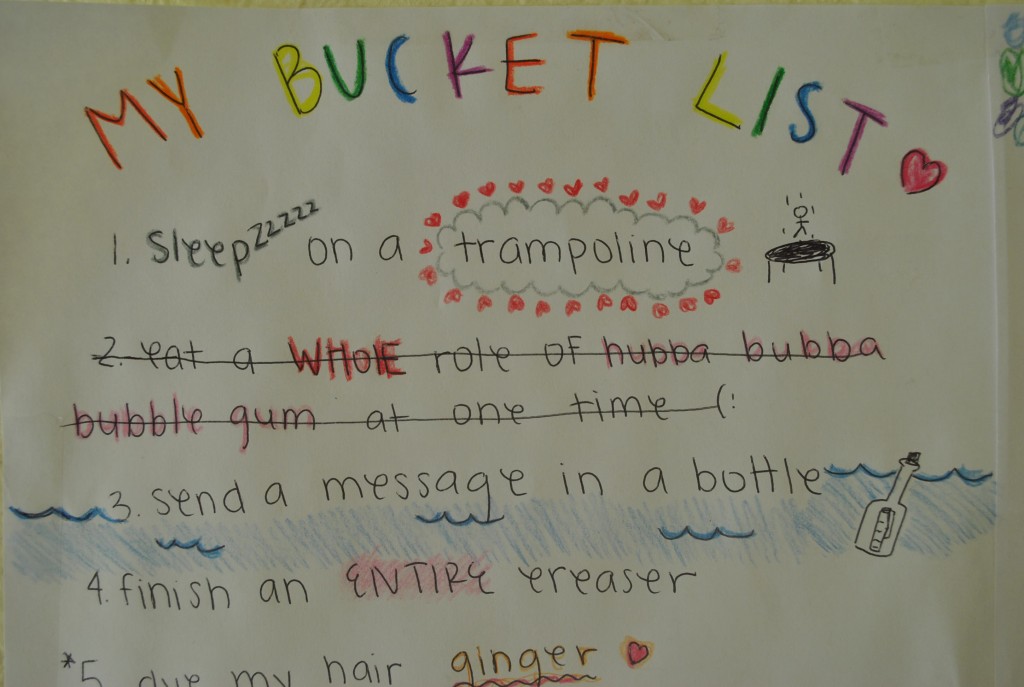 As the weeks have passed, she’s been checking things off.

Things like “Use a fake name at Starbucks.” (When she ordered a drink and told the girl who was taking her order that her name was Hermioni from Harry Potter, the girl cracked up and sweetly wrote the name on the cup. When the drink was ready and they called out, “Hermioni,” everyone behind the counter laughed.)

And other things like: “Have a whipped cream fight,” (which she and her friends did on the last day of school),  “Stay up all night,” (which she and her best friend did a few weeks ago, unfortunately keeping me up all night too!), and “Have a Disney movie marathon” (which–can I just say–I was so happy about. It was fun to watch Nemo and Cinderella and Aladdin again. With an 11 and 13 year old in the house, we don’t get to do that anymore!)

And her list has inspired me too… READ MORE over at Mamapedia today! Looking forward to seeing you there!