Get your FREE, Quick-Start Guide and be on your way to meaningful work you love!

Something borrowed, something new

Remember the Robin’s nest I told you about in the tree in our front yard? 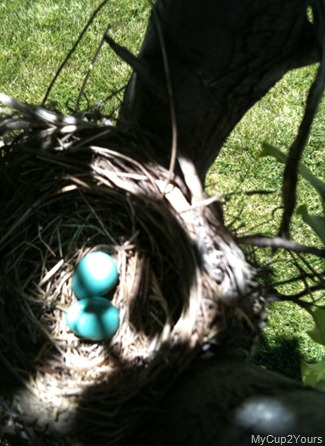 A couple weeks ago, we had another bird try to make a nest on the balcony outside my daughter’s window: 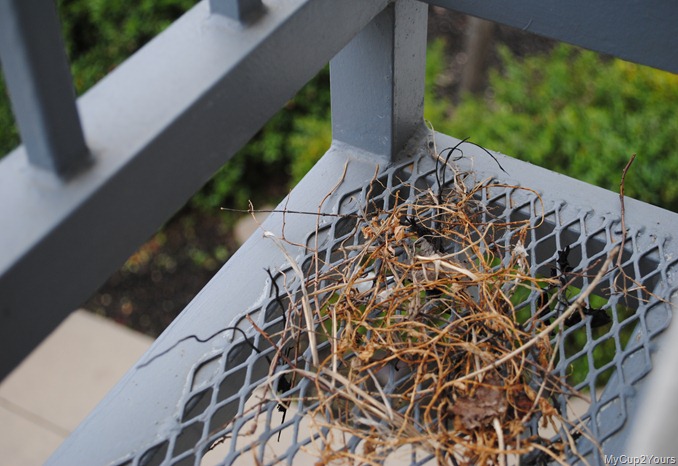 It didn’t work out so well because of the holes in the balcony. (The grass kept falling to the ground.)

She sat in the nest (no matter how sparse it was), and even laid an egg.

For few days, she warmed her egg, faithful as ever.

And then it started to rain.

The balcony isn’t covered and the nest was exposed to the wind and rain. Sadly, after a little while, the mama flew away, abandoning her egg.

My daughter opened her window to check on the nest the day after the storm.

And the egg was gone.

At first, we thought it had fallen to the ground, but there was no sign of it. Then we thought, even though balcony is on our second story, maybe a predator go to it.

Until we saw this: 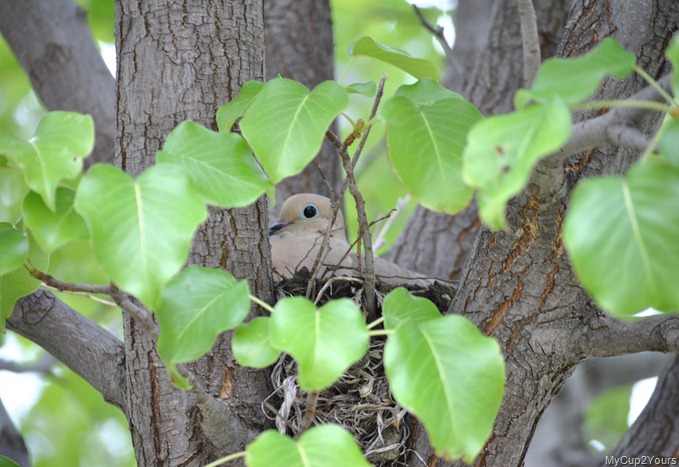 Just thirty feet away, in a nest in a tree on our front lawn–the very same nest and the very same tree that the Robin lived in last summer–sat the mama bird, as content as ever.

And even though we can’t tell for sure, because she never leaves her new nest, my daughter is convinced that she found a way to move her egg from the old nest to the new one.

More likely, she laid a new egg in her new nest,

but it’s been fun to watch,

and even more fun to wonder… :)